How Agile Is Different From Other Project Management Practices?

The efficiency that agile methodology creates has made it more popular among different development teams spread across the world. Agile, in product development terms describes project managements approaches that focus on people, communication, the product and flexibility.. Everyone involved in an agile project knows how the project is progressing, because they are regularly involved in evaluating the product and the process and if an inspection surfaces a need for change, it is changed immediately. It is now possible for teams to transform the way the project is viewed and adapt to new processes quickly, by using agile methodology and by staying agile.

Project management is all about planning and executing the work within the team in a way that it reaches the planned goals for the project based on prior set of criteria.

Here you can only move to the next step when the previous one gets completed. This kind of methodology is mostly followed for a project where requirements are clear and minimal change is expected,during the development effort. While it’s true that agile projects involve the same type of work as in a traditional waterfall project; the difference is, instead of completing all the steps for all the product features at once, you now break the project into iterations, a smaller amount of time to complete the features that will drive business value.

Here instead of planning every deliverable in the project, the focus of the team remains on developing quicker iterations. This increases the efficiency of the team,because the steps are now divided into smaller units of work.

Agile planning is distributed throughout the project and is completed by the entire team working on the project. During each stage you plan only as much work that can be completed in a Sprint, typically a two week timeframe. Planning broadly at first, adding more detail later, when necessary, keeps the team focused on the high-value requirements.

The traditional project management solution offers little or no option to make any changes within the project. This approach comes with a fixed set of requirements which are followed in sequential manner. Once the project plan has been finalized by the project manager, he or she will let the team members know about the plan and then keeps them in the loop to track the progress. Here the change is not welcomed by the team and any changes to the project can simply disrupt the cycle.

On the other hand, agile methodology offers a lot of flexibility to the team when it comes to making any changes in the project. For the same reason it is easy to be adapted.

In the case of traditional project management, if any issues come up, the team members typically bring these to the project manager for further discussion. These unplanned discussions could and change in requirements will cause delays in the project and exceed exceed expected timelines, and budget.

With agile projects the team discusses any known issues collectively and has the authority to make decisions on the best course of action.. This reduces the amount of time spent on each issue resolution. By having a clear understanding of the project along with continuous involvement, it makes it easier for team members to understand any known issues quickly and use their knowledge to resolve it without slowing down the project. Here the product owner is not approached unless the team encounters a bigger issue. 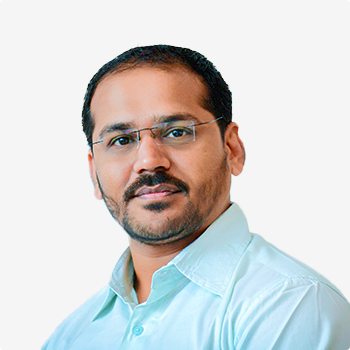